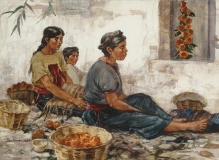 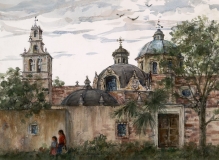 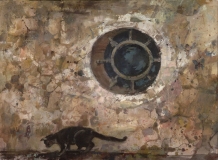 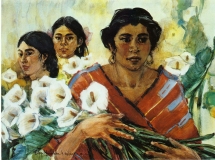 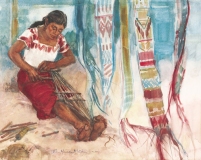 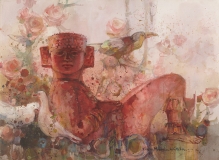 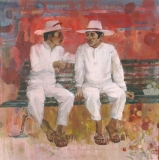 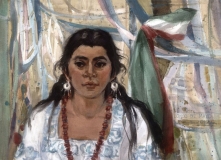 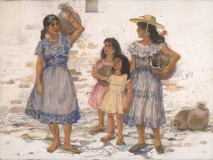 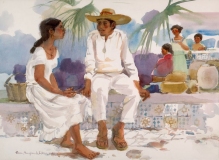 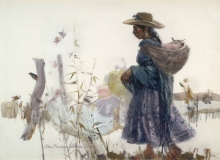 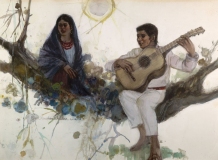 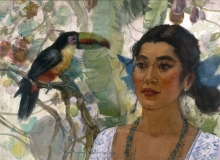 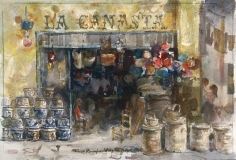 “About every other year after we met , we traveled to Mexico”, says Eileen. With her affinity for languages , she quickly learned to converse in Spanish… Fred could read and write the language…Together they had no problem chatting with the natives , finding their way around , and getting to know the Mexican people. And together, they passed through “virtually every one of Mexico’s states”, said Fred.

Long before their resettlement in La Jolla, Ca, the Whitakers had traveled extensively in the American Southwest and Mexico, accruing inspiration for their paintings. The result was an outpouring of work that reflected their fascination with Native American and Hispanic peoples and the street scenes they inhabited.

– Donelson Hoopes from the book Contrasts that Complement

“With their abiding love and fascination for Mexico and its people, the Whitakers’ almost made Alamos, in the province of Sonora, Mexico, their home”

In 1965 the Whitakers’ journeyed  to Mexico to research the option of moving there. Although they decided against it and ended up settling in La Jolla, Eileen said “We loved it…We stayed a month, mingled with the natives and did lots of sketching and painting”.

“For a long time Eileen felt that if she were ever reincarnated, she would like to be Mexican…”

With her affinity for the people of Mexico, and perhaps more specifically the women, Eileen certainly shows that she understood their lives,  routines and culture. Her beautiful paintings inspire the viewer to visit Mexico and perhaps, experience the same joy that inspired Eileen.

Put some Latin music on, pour yourself a margarita, and enjoy!