Both Eileen and Fred delighted in using flora and fauna as subject matter. Depending on their surroundings, the Whitakers’ fauna reached from domestic animals and pets of friends, to wildlife they encountered in the canyons of their La Jolla neighborhood, travels to the exotic, and the world famous San Diego Zoo and Animal Park. With a sweeping view of the Pacific Ocean from their home, seagulls became a frequent subject for both artists. 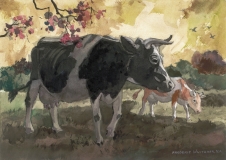 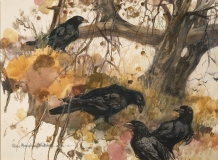 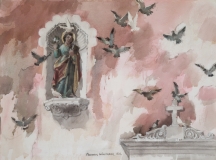 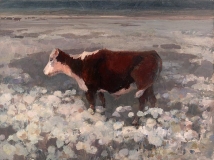 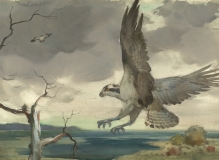 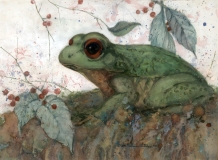 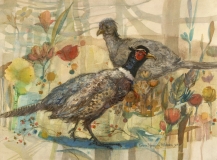 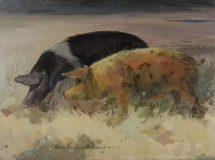 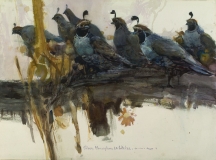 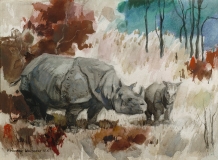 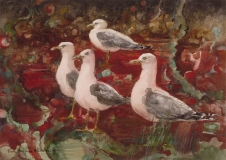 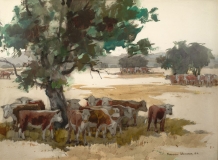 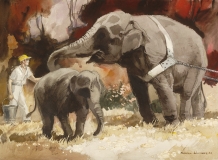 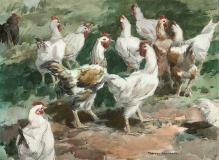 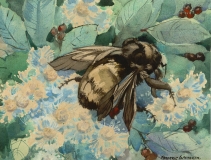 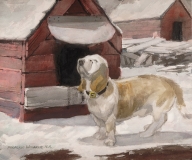 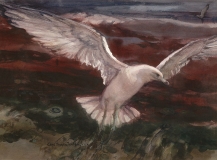 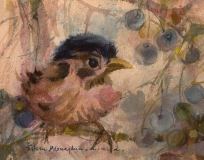 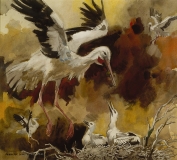 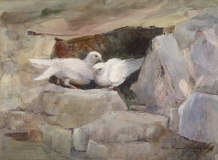 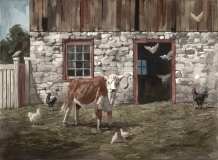 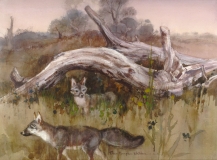 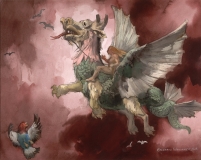 “But there is Eileen’s characteristically keen attention to small things, such as a pair of California quail. Few artists render birds with as much sensitivity as she does. To her, they are clearly a prime emblem of the beauty of nature – and finding a form to fit that beauty is clearly a bedrock passion for the artist. She captures a reverence for nature that links her more to nineteenth-than to twentieth-century artists; they expressed a sense of wonder about flora and fauna…At the same time, the free use of space in and around figures and objects, presented as color-saturated atmosphere with soft traces of objects, subtly bonds her to the modernist tradition cultivated by the likes of Arthur Dove and John Marin. Achieving such effects requires a mastery of one’s medium. The end result is a form of delight for the viewer, which runs parallel to the visual pleasures of the world itself.” – Robert Pincus from the book Contrasts That Complement

“Fred’s range of subjects was remarkable. Nothing was too humble or too difficult for him to tackle. He was as interested in the minutiae of nature – insects and flowers, for instance – as he was in the windswept seascapes, complex urban vistas, and depictions of human character. Animals, architectural details, and foreign people and places… also received his careful attention.” – Theodore F. Wolff, from the book Contrasts That Complement

“Frederic Whitaker had an innate sense of composition, which he expressed with a sure hand. He painted a wide variety of subjects but delighted in rendering those that offered compositional solidity in a variety of textured surfaces. Slow -Snails at Work, a striking design filling the sheet from edge to edge with the variegated, nautilus-shaped shells of three snails feeding on long green leaves. These watercolors, among many others, impressed me in their demonstration of Fred’s talent for seeing the infinite composition possibilities to be found in nature – be they grand or intimate.” –   D. Scott Atkinson from the foreword of Contrasts That Complement